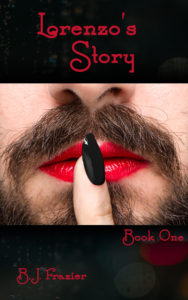 Okay.  So it’s really on September 4th.  BUT a couple of weeks ago, when I got notification of September holidays, I read the date under the picture, which was September 14th, and marked it as a good piece for my blog.

Besides, I forgot to wish you guys a Happy Beard Day on the 4th.  Consider this a belated wish.  *grin*

Plus, it’s a great chance to highlight Lorenzo from the “Perchance to Dream” series and, specifically, “Lorenzo’s Story” books one and two.  He rolls as a switch but prefers men… and has a rockin’ beard.

When I was writing the series, Lorenzo spoke to me, and he showed me where he’d come from.  There was so much depth to him, that he got his own two-book series.

His books are great as a stand-alone duo, but they also encapsulate the entire set.   Book One discusses Lorenzo’s past, long before he ever met the diabolical Dr. Frankie.  It ends with their actual meeting, and shows how being with Frankie was actually a blessing.

Book Two breezes through highlights of the seven-book set, obviously slanted from Zo’s perception.  Then, it continues after the series ends, wrapping up the entire nine-book set with a colorful bow.

Thanks for patiently waiting!  The new Which B.J. Frazier Character Are You Most Like quiz is now live!

If you’re new, you have THREE quizzes to take (for character match-ups; there are other fun quizzes, too!)

With over 30 books, not all of the characters would fit into one quiz.  This new one, v3.0, has characters not matched in the first two.  Also included are Sean O’Toole’s main characters from “The Mainwarings”.

Many thanks and big hugs to my beta testers: 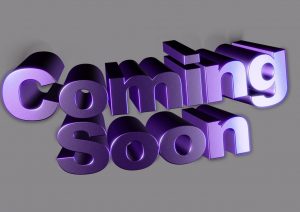 Here is a sneak peek at Storm’s sanctuary. 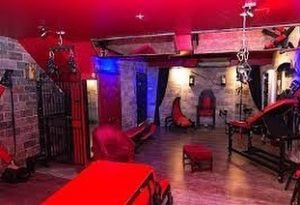 I completed the novel and first edit last week.  It is now in my editor’s hands, and it will hopefully be available before the end of the month!

For some, there is arousal in having one’s boundaries pushed for the pleasure of the Domina… something Domina Storm excels at.

Only a few more weeks before you can learn how best to serve the Domina yourself! 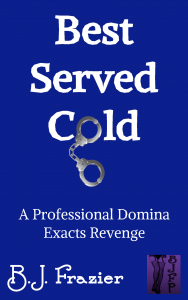 The cover is a cool background with a simple message.  Tell me what you think!

I’m grateful for the artistic eyes of: 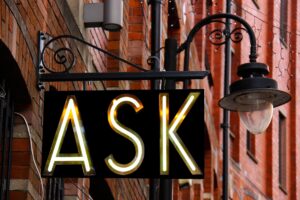 Do you have a kinky question you’d like answered? Use the contact form to submit your question.  All questions will be kept anonymous unless you’d prefer to be named.